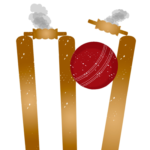 Mike Gatting is an early hero of mine and someone who has had a long and varied involvement with the game. In 2004, I was lucky enough to be in the West Indies for the 3rd (Barbados) and 4th (Antigua) Test matches of what had by that stage become a hugely exciting series. England were 2-0 up after Steve Harmison almost single-handedly terrorised the West Indies batting in the games at Sabina Park in Jamaica and Queen’s Park Oval in Trinidad. Cue the 3rd Test at the Kensington Oval in Barbados and the curious incident with Mike Gatting….

England won the toss and fielded, a decision that could have backfired for Michael Vaughan until Andrew Flintoff rescued the day with then test-best figures of 5-58. Day 2 was all about Graham Thorpe, who produced one of the best battling 100’s I have ever witnessed as he marshalled the tail to end the innings 119 not out, having arrived at the crease with the score on 33-3.

As a cricket fan, day 2 for me was defined by the excitement of discovering Mike Gatting sat directly in front of us. The temptation to mention Shakoor Rana was resisted and the chat generally revolved around the cricket at the superb West Indian hospitality and catering!

Day 3 started with a huge degree of simmering excitement amongst the English fans. Could we possibly secure a first series win in the West Indies since 1968?

Cue Mike Gatting and the hat-trick – words not often used in the same sentence! It had actually been a fairly slow morning. Hoggard had been bowling without much suggestion of any impending success and perhaps playing the audience a little, Mike Gatting started muttering words such as ‘Yorkshire conspiracy’ and ‘get him off’ as the lack of success continued.

Indeed, even when the first wicket of Ramnaresh Sarwan fell, Mike was still muttering that Hoggard should be taken off at the end of the over. That was the 4th ball of his 8th over of the day. Of course the 5th ball brought another wicket – that of Shivnarine Chanderpaul. Mike’s response? Words to the effect that he still thought Michael Vaughan should take Hoggard off at the end of the over!

As you can imagine, my friend and I had hit pretty high levels of excitement by this stage and when the hat-trick was completed with the wicket of Ryan Hinds, it took us a little while to remember Mike’s previous comments. We did of course feel obliged to enquire whether Mike’s views had changed.

His response was pure genius – “I guess I am going to have to confess to that in my newspaper column tomorrow!”

I never did find out if Mike Gatting followed through with his confession, but if you know better, I’d love to find out! I do have a lovely memento from some years later though. A signed copy of the scorecard, with the annotation “I was wrong” signed by Mike Gatting!